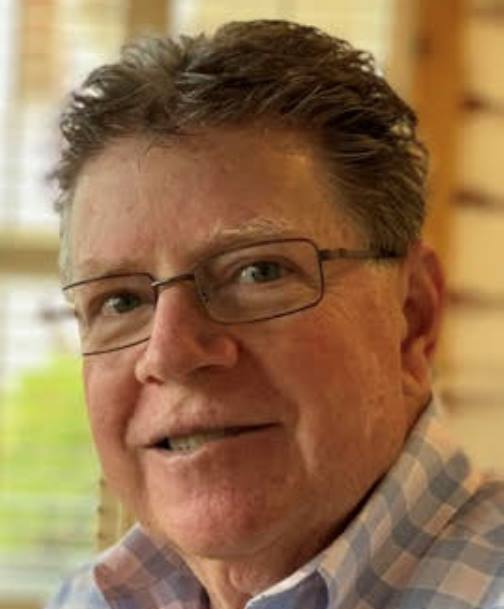 As President and CEO of The Yunker Group, Jim Yunker brings to each of the nonprofit organizations he helps the perspectives of a donor, volunteer, fundraising committee member, board chair, staff member, CEO, teacher, parent, and consultant. His ability to appreciate, understand and help organizations tackle the perceptions and realities of fundraising responsibilities of individuals in all of these roles has earned him kudos from those he has helped over the past 43 years.

A consultant since 1983, Jim has guided organizations from Arts groups to Zoos in C-Level searches and raising annual, major and capital funds while strengthening staff and volunteer resources and competencies along the way. Adept at helping volunteer leaders understand their responsibilities, he has guided many organizations in strengthening their leadership and board development practices.
Jim’s experience began in the Alumni & Development Office of Ball State University which later recognized him as an Outstanding Journalism Alumnus of the Year. At Indiana University, where he earned his doctorate in higher education administration, his dissertation examined donor motivation.

Jim has been recognized for his local volunteer activities by being named Citizen of the Year by the Anderson Area Chamber of Commerce and acknowledged by the Forest Hills School District with “The Friend of Children PTA Award.” Nationally, Jim is a Past Chair of the Giving USA Foundation, publisher of Giving USA, and past board leader of The Giving Institute (1998-2022). Jim is a founding partner of Social Venture Partners – Cincinnati. 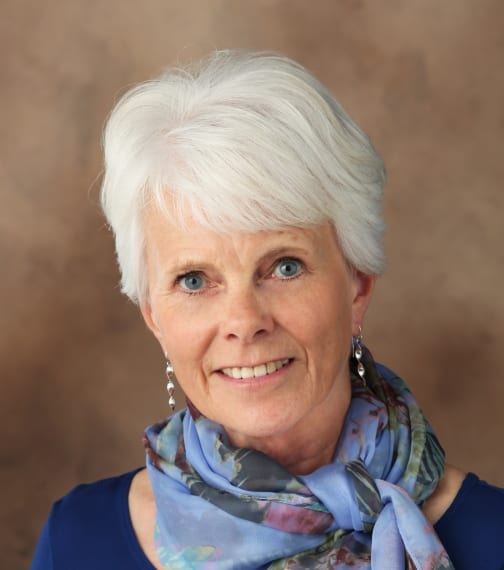 A native of Great Britain, Barbara led a rather nomadic life living in many different cities and countries until she arrived in Cincinnati in 1985. Her travels included four years in northern British Columbia, Canada, and six months in Auckland, New Zealand; but until Cincinnati she was nowhere for longer than 6 years.

Since settling in Cincinnati, Barbara has been on both sides of the table, working in corporate Cincinnati as well as the nonprofit sector. Most recently, Barbara was Executive Director for the Marvin Lewis Community Fund (MLCF). There she focused on the fund’s mission of empowering youth education, raising philanthropic gifts to fund and expand the Learning Is Cool educational rewards program, and the Marvin Lewis Scholarship Fund which awarded 89 $20,000 college scholarships to outstanding young high school graduates. In 2014 she received a “Second Act” award from the Cincinnati Business Courier, and was named the “Nonprofit Executive Director of the Year” as part of the 2017 Pillar Awards for Community Service.

Prior to joining the MLCF, Barbara spent fifteen years in financial services and was a senior executive at National City Bank (NCC) where her responsibilities included managing the brand launch of NCC after it acquired Provident Bank. Barbara had front-line, hands-on experience with sponsorships, community relations, volunteer management, and serving on the Charitable Contributions Committee. 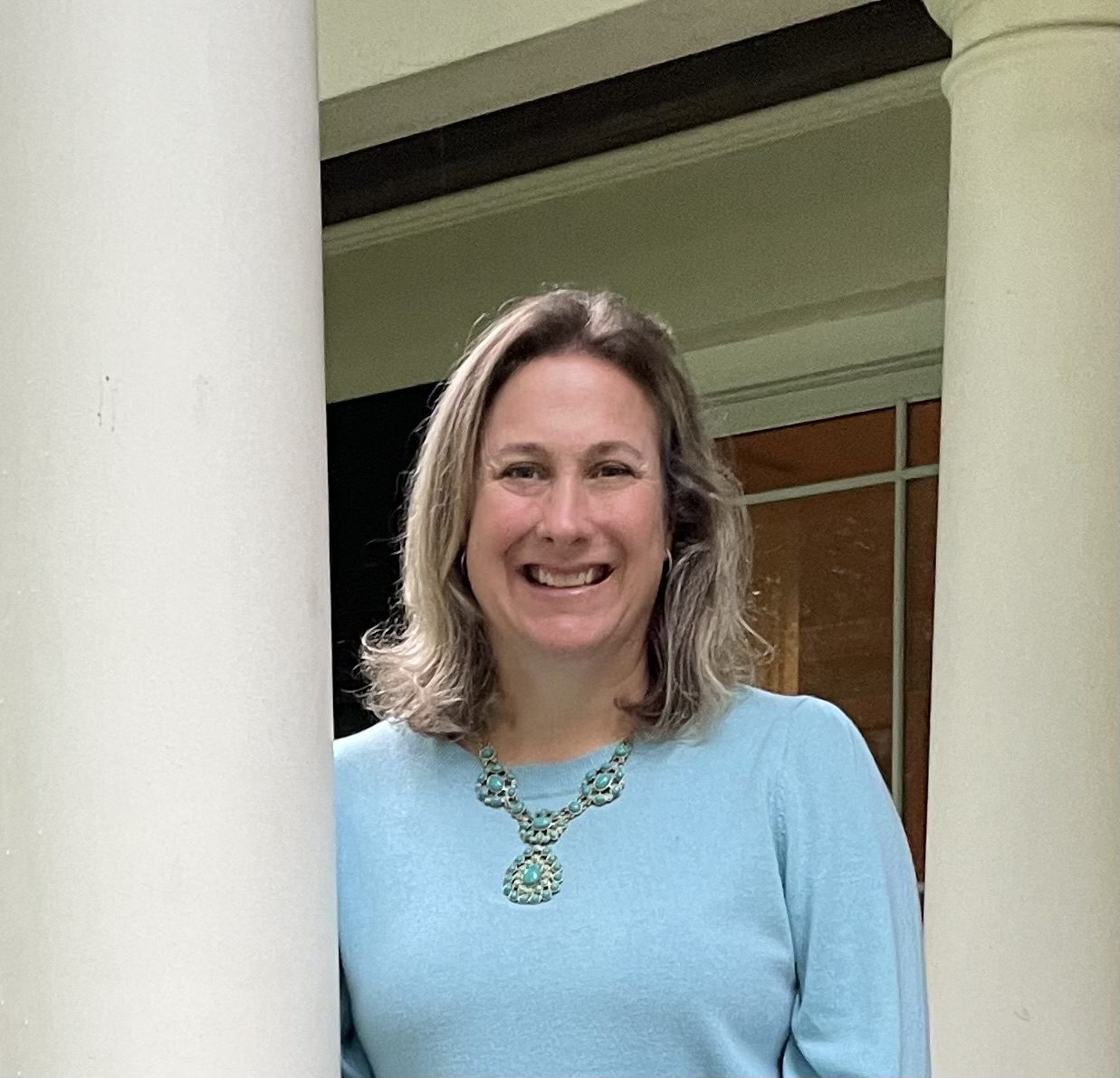 Mark Twain offered astute observations on life and one relates to Jody Duckwall’s return to The Yunker Group after an absence of 17 years . . . “no occurrence is sole and solitary, but is merely a repetition of a thing which has happened before.”

In 2000, fresh from earning her Master’s Degree in Education from Xavier University, Jody Ader joined Smith Beers Yunker & Company as “a jack of all trades” coordinating a variety of client projects and serving as defacto chief of staff, now her role at The Yunker Group. Jody routinely was praised by staff and board leaders of client organizations on her unflappable demeanor, warm personality, and attention to detail.

After five years with us, Jody gained the name Duckwall, transferred the skills our clients appreciated to her family. Jody’s XU sports management skills have also come to bear managing the Duckwall home front which has grown to include three very active sons.

An alumna of Centre College with a BA degree in government, Jody is no stranger to sports - although none of her sons have followed her passion for soccer. On the Danville campus, Jody was co-captain of Centre’s women’s varsity soccer team. Off the soccer field, Jody was active with officer roles in her social sorority, Kappa Alpha Theta 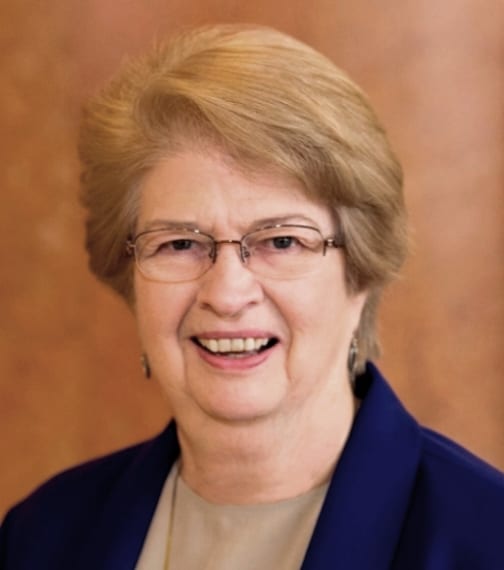 Kay Atkins brings a wealth of management experience to each of the nonprofit organizations with whom she works. Her career has spanned all aspects of nonprofit organizations in her roles as President/CEO, board chair, donor, volunteer, coach, funder, fund raiser and community activist. Kay has the dedication and enthusiasm needed to be highly effective in helping clients in the current environment and into the future. A skilled leader, mentor, collaborator and team builder, she facilitates and nurtures the creation and development of effective alliances.

She has worked with various state and federal organizations in the arenas of public policy development, fundraising, community relations, and community needs identification. These skills were her hallmark as an effective organizational and community leader. Her early experiences as an educator in college, high school and community settings, really focused her energies into helping individuals and groups make a positive difference in their families and their communities.

A Rotarian for over 20 years, Kay has been active as a member and officer of the Athens and Cincinnati Rotary clubs. She is a Past Ethics Chair of the Cincinnati Chapter and a Past President of the Hills of Ohio Chapter of the Association of Fundraising Professionals (AFP). 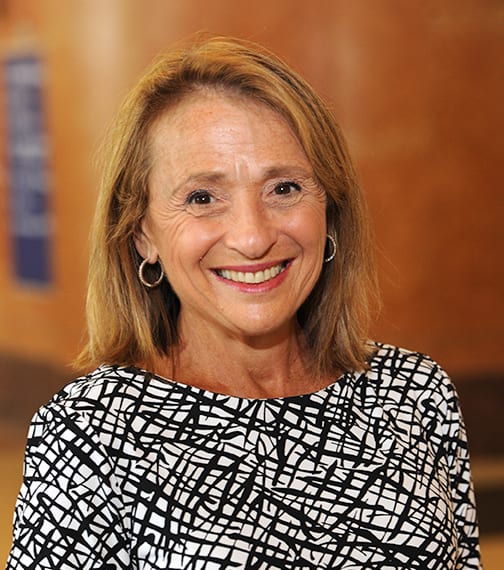 When they were growing up, Penny’s kids always felt that if they were a local non-profit, they would see more of her. A native New Yorker, with an undergraduate degree in sociology and a Master’s of Science degree in education, her early professional experience was with the United States Committee for UNICEF.

Penny’s career in the non-profit world in Cincinnati is broadly based, and ranges from lobbying at the state and national levels and grass roots organizing statewide to serving as the first director for an early education program (HIPPY) that she introduced locally. Diverse volunteer and professional opportunities have afforded Penny the opportunity to focus her interests on strategic planning, messaging, leadership development, and to effectively employ skills as a facilitator, planner, and organizer.

Primarily through her experience as a national Vice President of the National Council of Jewish Women, Penny has developed and implemented workshops to explore and enhance volunteer organizational models, including change management, networking and collaboration, and branding for use at national conferences, as well as at the chapter level.

Penny’s current volunteer highlights include chairing Success by Six at the United Way of Greater Cincinnati, serving as a board member at the Jewish Community Relations Council and as a steering committee member for the Cincinnati Festival of Faiths. In 2005, she was honored as a Cincinnati Enquirer “Woman of the Year” and in 2008 received “The Geier Family Award for United Way Leadership.” 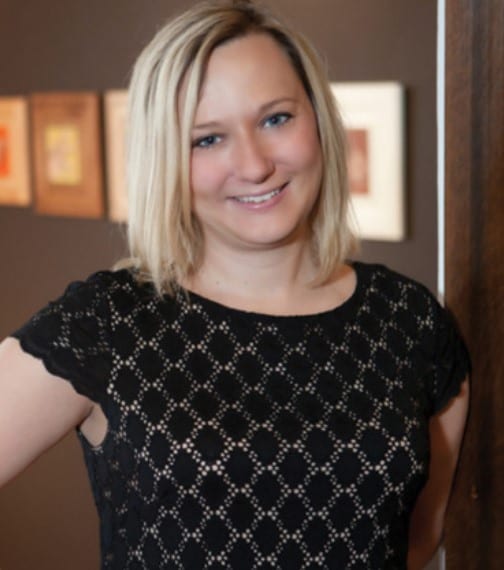 Katie Brass brings to organizations served by The Yunker Group a variety of skills to guide clients in fundraising, leadership and program development, and strategic planning. Her career includes roles as President/CEO, Board Development Chair, Donor, and Volunteer for nonprofits in the arts and social services sectors.

Early in her career, Katie held development positions with the Council on Child Abuse and the Contemporary Arts Center before serving as the Executive Director of The Carnegie Arts Center in Covington, Kentucky. Most recently, she served as President/CEO of Inter Parish Ministry in Newtown, OH. 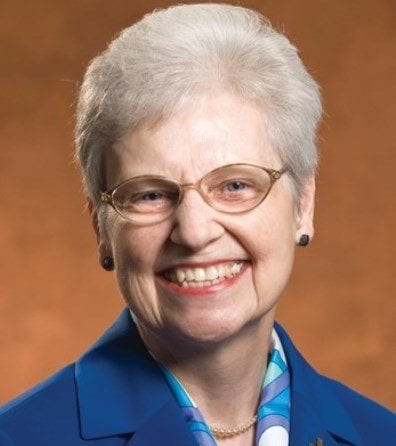 Sr. Rita Sturwold brings to organizations served by The Yunker Group considerable experience gained in a variety of educational settings from the classroom to several administrative positions. Her training and hands-on success raising friends and funds for Catholic secondary and higher education has prepared her to be an invaluable member of The Yunker Group.

Sr. Rita served from 2003 to 2011 as President/ CEO of Cincinnati’s Mount Notre Dame High School. Sr. Rita and the Board of Trustees created and implemented a strategic plan for MNDHS resulting in a $6.2MM renovation of the school. She initiated the President’s Circle and personally developed and enhanced relationships with parents, past parents, Board members, alumnae and other friends of MNDHS. She excels at stewarding and asking for major, annual and campaign gifts.

A graduate of Leadership Cincinnati, Class XVIII (1995), Sr. Rita earned a B.A. in Latin from Our Lady of Cincinnati (Xavier), an M.A. in English from Northwestern University, and Ohio certification in Secondary Administration through coursework at The Ohio State University. 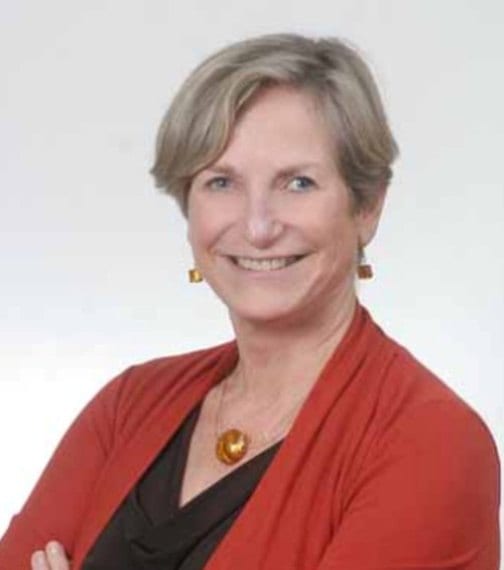 Born and raised in New York, Janet’s career began in the world of publishing and insurance before finding her love of working with volunteers in the nonprofit sector. A family relocation to the Midwest in the early 1990s introduced her to raising awareness and funds for the visually impaired, then the arts, and ultimately children at risk. Her success engaging volunteers and donors in these different, yet similar, settings allows her to share her unique perspectives with clients of The Yunker Group.

First with the Volunteer Center of Greater Essex County (New Jersey), Janet recruited nonprofit agencies, recruited, qualified and placed hundreds of volunteers and interviewed volunteers at member agencies. As Associate Director of the United Way of North Essex also provided her experiences conducting employee presentations, planning special events, and developing relationships with the region’s largest employers. That grounding in the East prepared Janet for her first position in Cincinnati as VP of Development and Community Relations of Clovernook Center for the Blind and Visually Impaired. Recruited to the Cincinnati Opera Association as its Director of Development, Janet lead a team of 5 responsible for the annual fund, corporate sponsorships and the Opera’s $12 million capital campaign. In 2006, Janet was tapped as Vice President of Development of The Children’s Home of Cincinnati where she increased annual giving from $600,000 to $1.5 million in ten years. 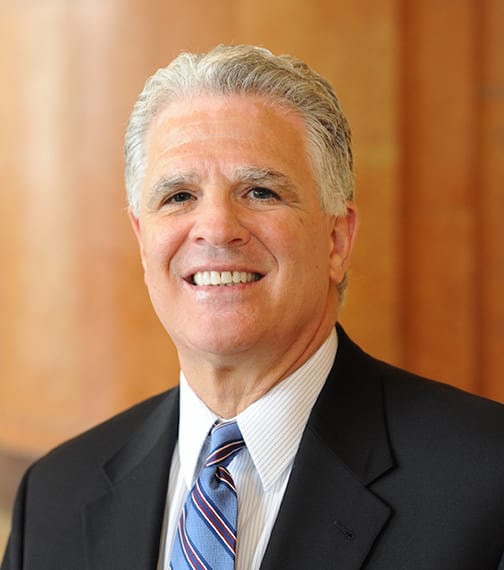 For more than 30 years Michael Vilardo has worked as a pastor and development professional. As a pastor in the United Methodist Church, Michael led one congregation to more than quadruple its membership and ministry. Completing a doctoral thesis, “Connecting Church and Community,” Michael developed expertise in uniting the purposes of churches and not-for-profits with the needs of their community.

In addition to pastoral experience, Michael honed strategic planning and analytic skills as Vice President for Fund Development and Community Relations for a Christian retirement community, leading capital campaigns for the expansion of program facilities. Building on his extensive ministry and consulting experiences, he created and launched his own consulting firm, “Transforming Christian Ministries.”
Michael graduated with a Bachelor of Arts degree from the University of Cincinnati, a Master of Divinity degree from Candler School of Theology at Emory University, and a Doctor of Ministry from United Seminary in Dayton, Ohio. While working on his Doctorate, Michael was often asked for counsel and guidance in church revitalization and growth, leading him to join a national firm where he could use his knowledge and experience in a broader ministry. There he led campaigns raising more than $300 million.